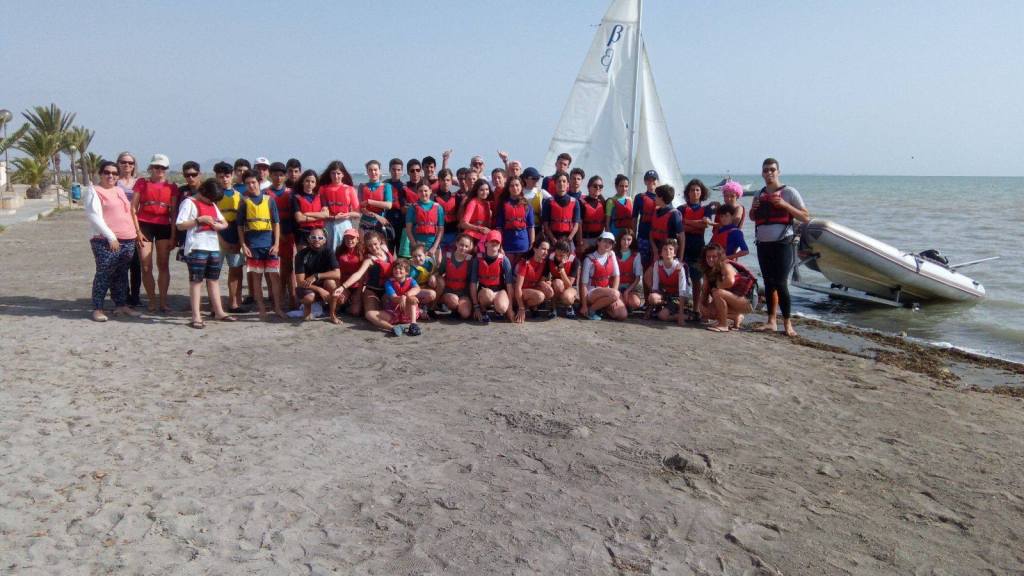 Year 10 went to Gredos in April to brush-up on their biology and geography fieldwork skills and to do some adventure sports too. The weather was great and everyone got involved, learning useful techniques, which hopefully have convinced some of our students to go on to be the biologists and geographers of the future. After being able to determine the difference between a cased caddis fly larva and a water boatman, they were ready for home.

Year 9 went to Mar Menor on a watersports trip. They did sailing, kayaking, paddle boarding and wind surfing. They covered themselves in mud at the mud baths and acted up in the Roman theatre in Cartagena. They did lots of activities and beach games with the monitors.

Year 7 went to Layos Camp. They spent three days doing a combination of team-building skills and outdoor activities such as canoeing, horse-riding, nature walks, zip lining, hockey and archery. In addition, they played some hilarious campfire games, watched some spectacular sunsets and of course celebrated the last night with a disco and the obligatory limbo competition.

As usual, each class in the Secondary department did lots of fundraising activities:

9N deserve a special mention. They had a non-uniform day and raised 250€ which was doubled by the school. They then researched and designed reusable foldable bags to encourage people not to buy a plastic bag every time they need one. They sold them to classmates and at the school gates to everyone else. They raised 965€ which went to the charity plasticoceans.org all at a time when we hear on the news about the huge problem of plastics in the oceans and whales dying with 8 Kg of plastic in their stomachs. I hope all our pupils grow up to recycle and reuse responsibly.

Year 8 enjoyed a mime workshop with the actress Anna Hastings and Year 11 helped with lots of things afterwork experience- thanks to all those parents who volunteered with this! They designed and instructed games for the fète, set up all the stalls, taught science to Year 6 and lead teams in junior sports day.

We also did lots of academic work. The GL assessments were completed for the second year and now we can see the fantastic progress our pupils make. We don’t get the IGCSE results until August but Year 13 got an average of 8.84 in EVAU. Wow!